We made it to the first official destination on our trip—Dominica. Dominica (dom-ah-nee-kah) is not the Dominican Republic. It’s a mountainous, wild island, about halfway down the Eastern Caribbean chain of islands. From our guidebook:

“With its unspoiled, pristine rainforest-shrouded peaks, it has been said that the island is the only place in the Caribbean that Christopher Columbus would still recognize.”

Sarah and I came to Dominica a few years ago for our 20th wedding anniversary in order to hike the national trail (the Waitukubuli Trail) that bisects the country and fell in love with the island.

The nature here is amazing—two thirds of the island is still covered in original rainforest—but the Dominican people also make this place special. Even though the country is poor by first world standards, the people are remarkably happy and outgoing. They have little by way of material possessions but they laugh and smile more than most people I know in the U.S.  They also are extremely welcoming to visitors and take it almost as a national duty to ensure that you enjoy your stay. Their happiness and enjoyment of life creates a really special vibe to an already beautiful place.

Isalene with a gift of bananas 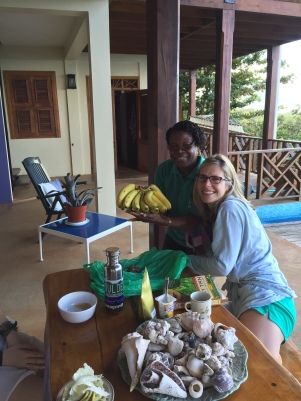 Our family loves to take trips off the beaten path, and Dominica fits that bill for us. It’s hard to get to from America. In fact, none of the major airlines* fly to the small airport here, but that means that there swarms of tourists here either. We’ve already been here several days and have yet to meet anyone else traveling from the U.S.  And we rarely meet anyone on the trails or beaches, even though this is peak season.

We rented a house outside the town of Calibishie on the northern coast (thanks to a tip from our friends at Pagua Bay) and will be staying here for a month.  We’ve already done a fantastic hike to a boiling lake, which I’ll write about shortly, and have lots more adventures planned for the next few weeks. More updates soon. 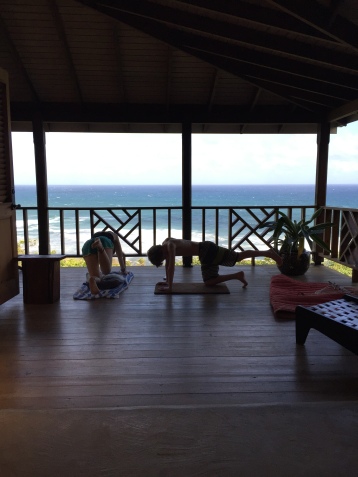 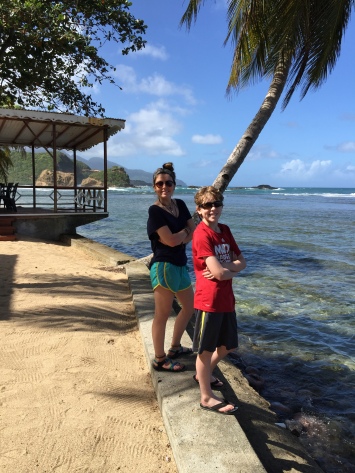 **Getting here.  It’s actually not that hard to travel to Dominica.  We booked a flight on AA from O’Hare to Puerto Rico and then a separate flight on a Caribbean carrier, Liat Air.

Entrepreneur.
View all posts by Mark McGuire →
This entry was posted in Adventure. Bookmark the permalink.

6 Responses to Arrived in Dominica